Farmers have eyeballed their crops to gauge how well they are doing since the dawn of time. Though it may not seem too trustworthy or scientific, new research from the University of Montana and the Spanish Research Council suggests this type of evaluation can produce a lot of high-value information for crop monitoring and yield production.

Marco Maneta is a UM geosciences associate professor and co-author of the study, which was published in the Proceedings of the National Academy of Sciences. His team developed statistical methods that strip all perception and judgment bias from categorical assessments of crop status performed by U.S. Department of Agriculture surveyors.

“Once the biases are removed, people become amazing sensors of crop status,” Maneta said. “This is because humans have the capacity to integrate contextual information into their assessment that standard sensors typically don’t capture, such as prior meteorological conditions, agricultural practices and technology, and other relevant nuances that are difficult to measure or quantify.”

The USDA conducts weekly qualitative surveys of crop status during the growing season for all major crops in the U.S. Maneta said these surveys are an important source of information for policymakers, market analysts and farm insurance companies, among others. The surveys started in the mid-1980s and can be used to study how production responds to varying climate conditions.

“These visual surveys have been available for a long time but have been underutilized by physical scientists for research purposes because human judgment is subjective and has been deemed unreliable for scientific studies,” said study lead author Santiago Begueria of the Spanish Research Council.

What are some of the biases people have? Maneta said some surveyors are simply more optimistic in their evaluations because of their personalities. Some are more sensitive to recognizing signs such as dryness, while others are overly influenced by recent weather events.

“Bias also can be introduced if the person has selective memory and tends to remember years with better-than-normal conditions,” he said.

Maneta said they converted qualitative surveys into a continuous quantitative metric of crop conditions that removed the personal or location biases of the surveyors. This creates a strong crop-condition metric that can be used for scientific analysis or for crop monitoring and early warning systems.

“Our new crop-condition metric was shown to predict crop yields mid-season more accurately that the predictions issued by the USDA or the predictions used by analysts,” Maneta said. “It can also be used to anticipate the impacts of drought on agriculture and inform where to allocate relief funds, which has the potential to reduce agricultural market volatility and improve food security.”

Via University of Montana News 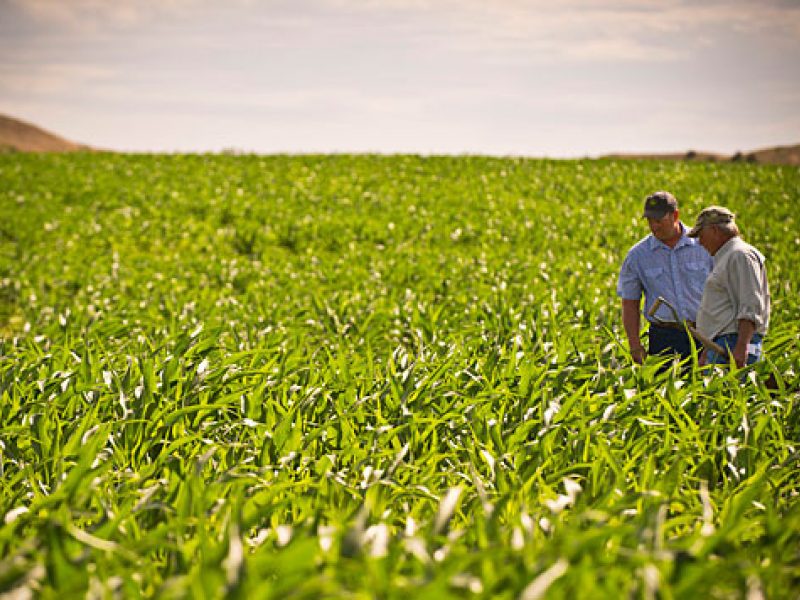