An interdisciplinary Montana State University research team received a $944,000 National Science Foundation grant to study the efficiency of nitrogen fertilizers and their impact on soil health and water quality, with a focus on central Montana.

The goal of the project is to create a more complete picture of exactly how nitrogen moves through soil and groundwater systems using sensors embedded in the ground at various research sites, according to Stephanie Ewing, an associate professor in MSU’s Department of Land Resources and Environmental Sciences. An ingredient in many agricultural fertilizers, nitrogen can be effective at maximizing plant growth. However, when more fertilizer is applied than plants need, it can end up moving out of the soil and into streams or groundwater.

The team also includes associate professor Rob Payn and assistant research professor Ann Marie Reinhold, also in the Department of Land Resources and Environmental Sciences in the College of Agriculture, and assistant professor Stephan Warnat of the Department of Mechanical and Industrial Engineering in the Norm Asbjornson College of Engineering. They will collaborate with the Flathead Lake Biological Station and the Pacific Northwest National Laboratory’s Environmental Molecular Sciences Laboratory.

The Judith River watershed in Montana’s Fergus and Judith Basin counties has been the site of a variety of MSU research in recent years, with a focus on water quality and cropping systems for wheat production. The area is home to extensive agricultural land use and has seen some of the most significant increases in groundwater nitrate concentrations in the state.

“It’s important to remember when we talk about this that nitrate and nitrogen are naturally occurring. Nitrogen makes up most of the air we breathe and is a critical nutrient for plants,” said Reinhold. “It’s only when it’s found in excess that it becomes a pollutant.”

The five-year project will begin with the development of specialized pumps and sensors embedded in soil water extraction devices known as lysimeters. This will ensure that the lysimeters are compatible with the gravelly and often dry soils of the Judith River watershed. Soils in the research area store limited water and readily move excess water into shallow aquifers and streams, leaving little behind in the soil itself. As a result, the water extraction and sensing equipment must be able to do its job with tiny amounts of water.

“In that work, we’re able to do continuous sensing in streams, interpreting those signals as a metric for what’s going on in those waterways,” said Ewing. “Our question here is, can we make similar observations in soil that give us that continuous view of what’s happening over time and allow us to think the same way about soil?”

In addition to only having a small amount of water to work with, the soil itself is not inclined to give that water up easily thanks to soil physics, said Payn. Surface tension within soil acts much like a sponge does when placed in water, drawing water down from the surface and also up from groundwater below. The finer the soil texture — like the shallowest depths of soil in the Judith River watershed — the tighter the soil holds onto what little water it can find. Payn and Warnat will carefully calibrate the in-ground sensors to continuously extract small amounts of water, in competition with that surface tension, and immediately record its composition and nitrate concentration.

The information from those water observations, including statistics on nitrate content and soil water acidity, temperature and ion content, will then be transmitted from the lysimeter-pump apparatus in the ground to a computer. The data will be aggregated over time to identify trends and the computer will run models narrowing down which factors are most at play when nitrogen is added to the soil.

“We want to leverage our understanding of nitrogen dynamics for maximum efficiency in farming systems. That’s the win-win at the heart of all this work,” said Ewing. “We hope to explore what controls the amount of nitrogen that’s being lost. How much of the nitrogen that a farmer puts on a field doesn’t end up in the crop and what controls that?”

In addition to designing the soil sensing technology and data collection elements of the project, the team will also work with schools around Montana to teach students about the scientific processes occurring in soils found right in their backyards. They will help create curriculum and educational kits designed to get young people involved in science, technology, engineering and mathematics education, or STEM, allowing them to study soils in their local communities, to see what is going on beneath their feet.

Those communities and the people who live in them, said Reinhold, are critically important.

“Because of the relationships cultivated within these communities in previous work, we look forward to an effective exchange of data and knowledge with stakeholders,” she said. “In addition, we will carefully develop and refine the scientific curriculum related to this work to help students better understand the place they live and enable them to actually ‘do science’ in their own backyards.” 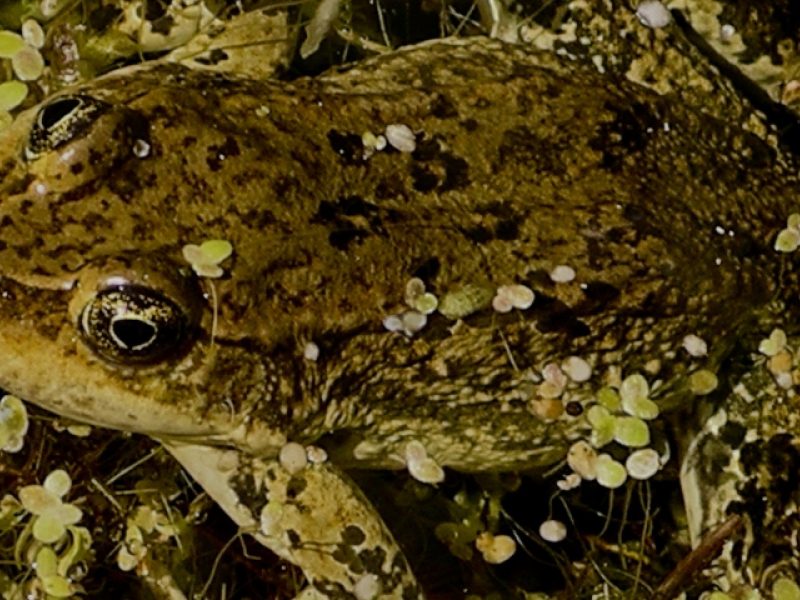