A Montana State University professor’s research on plant chemistry in the Northern Great Plains and Northern Rockies has been published in Global Change Biology, a prominent journal that promotes exploration of the connections between biological processes and environmental change.

Jack Brookshire, associate professor in the Department of Land Resources and Environmental Sciences in the MSU College of Agriculture and IoE affiliate, combined satellite data and plant samples from more than 300 locations around the Northern Great Plains and Northern Rockies to examine trends in greening, a metric which represents plant productivity through photosynthesis. The project began in 2016 and was supported by National Science Foundation EPSCoR funding and a research grant through the Montana Agriculture Experiment Station.

“Studies using remote sensing were showing that much of Earth’s land surface has been getting greener over the last several decades mostly due to increased carbon dioxide in the atmosphere,” said Brookshire. “However, there was also evidence that plant nitrogen content was declining. No one had yet combined analyses of vegetation greening trends with those changes in plant chemistry.”

Brookshire worked with collaborators at the University of Wisconsin-Madison and Idaho State University, as well as graduate and undergraduate students at MSU to examine whether regional climate changes or increased atmospheric carbon dioxide was the cause of the increased greening across Montana and the broader Northern Great Plains. While increased productivity may seem like a benefit, Brookshire said the question is how sustainable those increases are and whether increased greening changes the chemical makeup of the plants themselves.

The work began by sifting through nearly two decades of satellite data from a NASA program called MODIS, which collects data from the entire surface of the Earth every 1-2 days. Brookshire’s group analyzed normalized vegetation difference index data, which measures the amount of light reflected by plants. Over 20 years, they noted that the greening across the Northern Great Plains and Northern Rocky Mountains had increased significantly, but the difference was more pronounced in the Northern Great Plains.

“The largest increases in greening were in the places where it was warmest and driest, we think because they have the most marginal gains to be made in response to carbon dioxide and climate change given the changes in plant physiology we observe,” said Brookshire. “Also, much of the Northern Great Plains has experienced increases in rainfall over the past few decades, and we find evidence that this has been a major driver of greening trends.”

However, while the trends in greening varied by geographic location, Brookshire wanted to see if physiological changes in the plants themselves were uniform across the two regions. If so, the most likely cause would be increased atmospheric carbon dioxide. The increase in carbon dioxide is global in extent, and wouldn’t fluctuate regionally, said Brookshire.

To test the physical changes going on inside the plants, Brookshire turned to the MSU Herbarium, which houses thousands of plant samples from across the state, collected over more than 100 years.

“The herbarium is truly a treasure trove of native plant species,” said Brookshire. “We selected four representative species for the ecosystems, three grasses and a sagebrush, and then very carefully sampled small sections of their leaves for chemical and isotope analysis.”

After testing samples from the herbarium, Brookshire’s team returned to some of the locations of the historical plant samples and collected contemporary samples to compare the chemical balances inside the same plant species as many as 100 years later.

Analyzing the chemical and isotope ratios of carbon and nitrogen in the historic and contemporary plant samples, Brookshire found decreased levels of nitrogen and increased levels of carbon in recent samples. They also found that the plants had increased in water use efficiency — the ratio of how much carbon dioxide they take up per unit of water — by more than 30% since the 1970s. These measurements confirmed his hypothesis that the plants were adjusting to changes in the Earth’s atmosphere over time.

“Fundamentally, plants need carbon dioxide, water, sunlight and nutrients, especially nitrogen, to photosynthesize and grow,” he said. “When one of those levers is increased, the others have to adjust. Plants in these ecosystems have adapted to increased carbon dioxide by maintaining a constant ratio between what’s inside their leaves and what’s outside.”

Brookshire said the long-term changes in plant chemistry could have adverse effects on ecosystems. Eventually limitations to greening will emerge, particularly in how little nitrogen plants can survive on.

“Plants cannot increase water or nitrogen use efficiency indefinitely,” he said. “These findings are important to the development of the next generation of ecosystem models as plants will likely have to adjust nutrient acquisition strategies.”

The changing plant makeup could also impact the creatures that eat those plants. With increased carbon dioxide comes increased plant sugars, and decreasing nitrogen comes decreased protein content, which could lead to dietary impacts for herbivores and even changes in the nutrition of crops grown in the Northern Great Plains and Northern Rocky Mountains for human consumption.

“There is a great amount of uncertainty in how climate change, increases in grassland productivity and declines in plant tissue quality are affecting ecosystems across the Northern Great Plains right now,” said Brookshire. “It’s difficult yet important to understand how they will continue to change over the next century and beyond.” 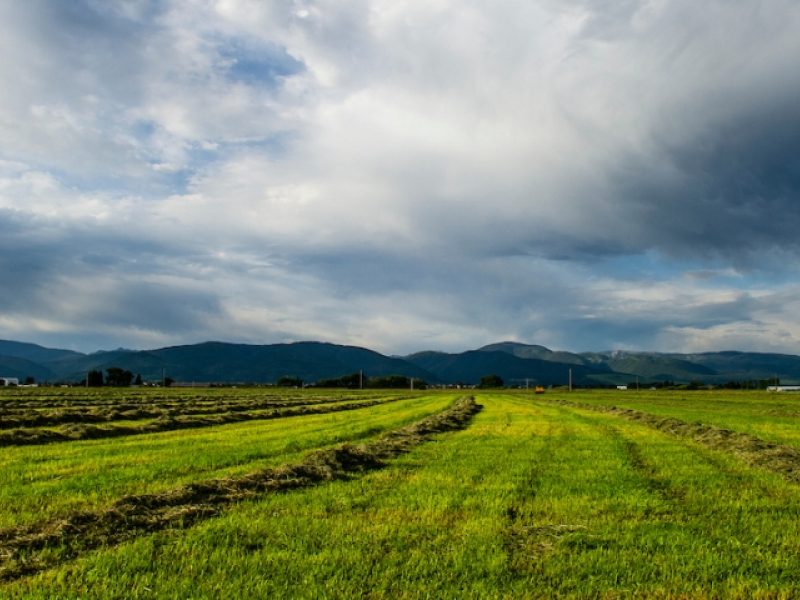